Moesha Boduong has taken Salma Mumin to the cleaners for attacking her in an interview.

Salma Mumin in interview with Emelia Brobbey said nothing will make her be friends with Moesha again.

Less than 24 hours since the airing of the interview, Moesha has swiftly reacted via her Instagram.

The curvy socialite went in hard on Salma calling her fake and hateful who pretended to be a good friend only to talk bad about her in her absence.

Moesha then dropped a wild boom which confirmed rumors that Salma had a surgery to increase the size of her butt.

According to Moesha, Salma posted photos on her Instagram to shame ladies who have used surgery to enhance their body all because she, Salma had an unsuccessful body enhancement surgery in Turkey.

“Salma, you used to be my best friend, we even lived in the same house together, we growing apart doesn’t mean u are my enemy. But I honestly also don’t want you as my friend!! because u were never a good friend to me, you always talked and insulted me behind my back and faked with me…so pls keep my name out of ur mouth and stop using my name as a bait in any silly fake comment u see on ig!! I don’t have ur time to create fake pages so pls stop being a hypocrite!! U posted on ig shaming girls who did their bodies but went to turkey to do yours and u are bitter because u didn’t get the result u wanted!! So stop pretending!! This an evidence of you shading other women in the past !! I wish you well .stop going round making it look like i wronged you, when you actually started the shades ” Moesha wrote. 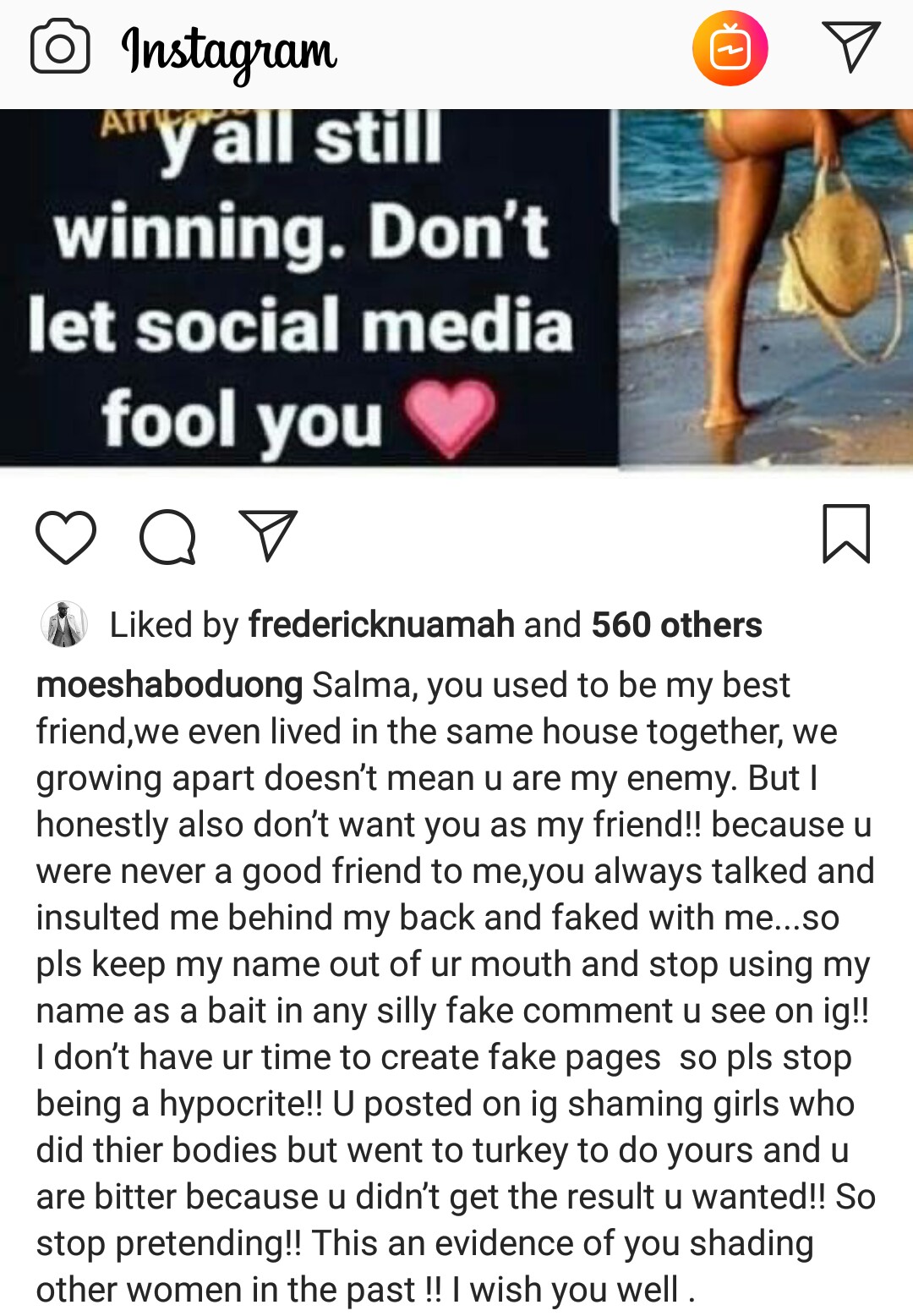