A female student of the University of Ghana has beaten to pulp her boyfriend for allegedly cheating on her.

Having being caught the guy came to a friend of the girlfriend to explain his side of the story but the girlfriend herself didn’t buy the explanation.

A room in the Kwapong Hall of the University of Ghana turned chaotic as the lady gave the cheat of a boyfriend severe beatings.

Read more: Legon students recount scary stories on how they dash their belongings to strangers after getting hypnotized

From videos recorded one could see the lady beating the guy with sandals while the boy sit sheepishly sit and watch.

the one at Nelson😹😹😹 “Obolo” pic.twitter.com/HIgvlvK7LZ

According to other guys in the hall, the lady came with 3 macho guys to the hall that’s why the guy remained calm throughout the beatings. 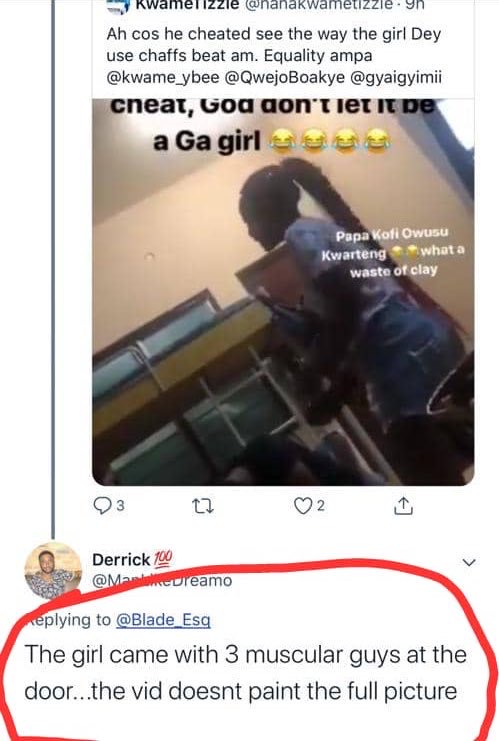