The father of the late Ebony Reigns, Starboy Kwarteng has signed a new musician to his label.

Starboy Kwarteng has signed female artist, Kim Maureen to Record Label he set up to honor the memory of his late daughter, Ebony.

He even named the Record Label, Bony To The World, after the deceased daughter whose unfortunate demise happened in 2018 on the Sunyani-Kumasi road.

The Record Label announced the signing of Kim Maureen on their official Facebook page. 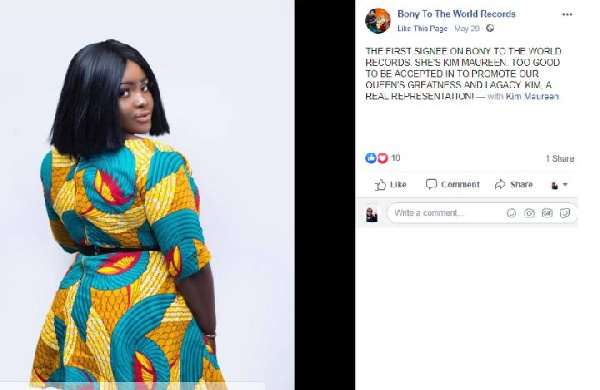 Kim Maureen is currently promoting her debut single under the Label, titled ‘Bad Gyal Army’ and it features Ebony Reigns.

Read more: VIDEO: Vicky Zugah recounts how her Wife Beater Sugar Daddy introduced her to his wife like, “This is my Girlfriend” in matrimonial home