Uncle of the young girl in the viral bedroom video of Shatta Wale has accused the socialite of forcibly sleeping with her.

The uncle known as Mahama Haruna took to his Facebook page to make this wild allegation against Shatta Bandle.

In the Facebook post he says the girl is under 16-years-old so he is heading to court.

“So the only achievement of the self acclaimed rich man from Tamale called Shatta Bundle when he visited Bole on Saturday 3rd April, 2021 to be part of Aseda Records signing of a musician called Lexicon at the plush Wuripe and Sons Royal Lodge (Bole Dubai) is to rape a little girl (name withheld) that is less than 16 years of age at the hotel.

The video of this rape is trending… I’m just wondering why Shatta Bundle will rape a little girl and make a video of it?

The little girl happens to be the daughter my direct brother.

In fact she is a favourite daughter of the family because she was named after our late mother. 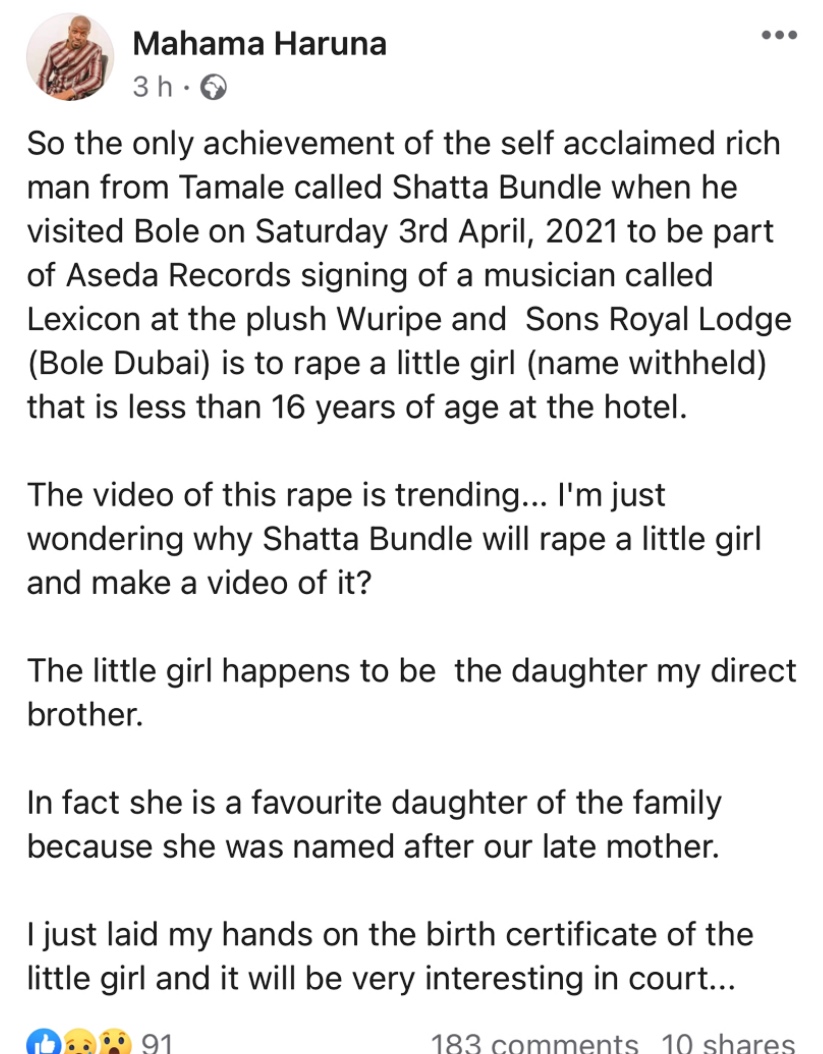