It’s been a week since the famous Komfo Agradaa dumped her fetish stick for the Holy Bible.

Her epic repentance and switch to Christianity has received good coverage on many blogs, social media pages as well as the traditional media.

Read more: VIDEO: I won’t use Bible to dupe people like some pastors I used to attack do &#8211; Agradaa jabs Obofour

It’s been almost a week, she went on to burn some of her gods, returned the borrowed ones to the owner, baptized in a swimming pool, went to church on Sunday but still she uses the social media pages of her old self, Nana Agradaa.

Serwaa Amihere after observing she’s still using the old account of Agradaa on Instagram, called her attention to it

The GHOne journalist said to her; “You haven’t changed your IG handle o” 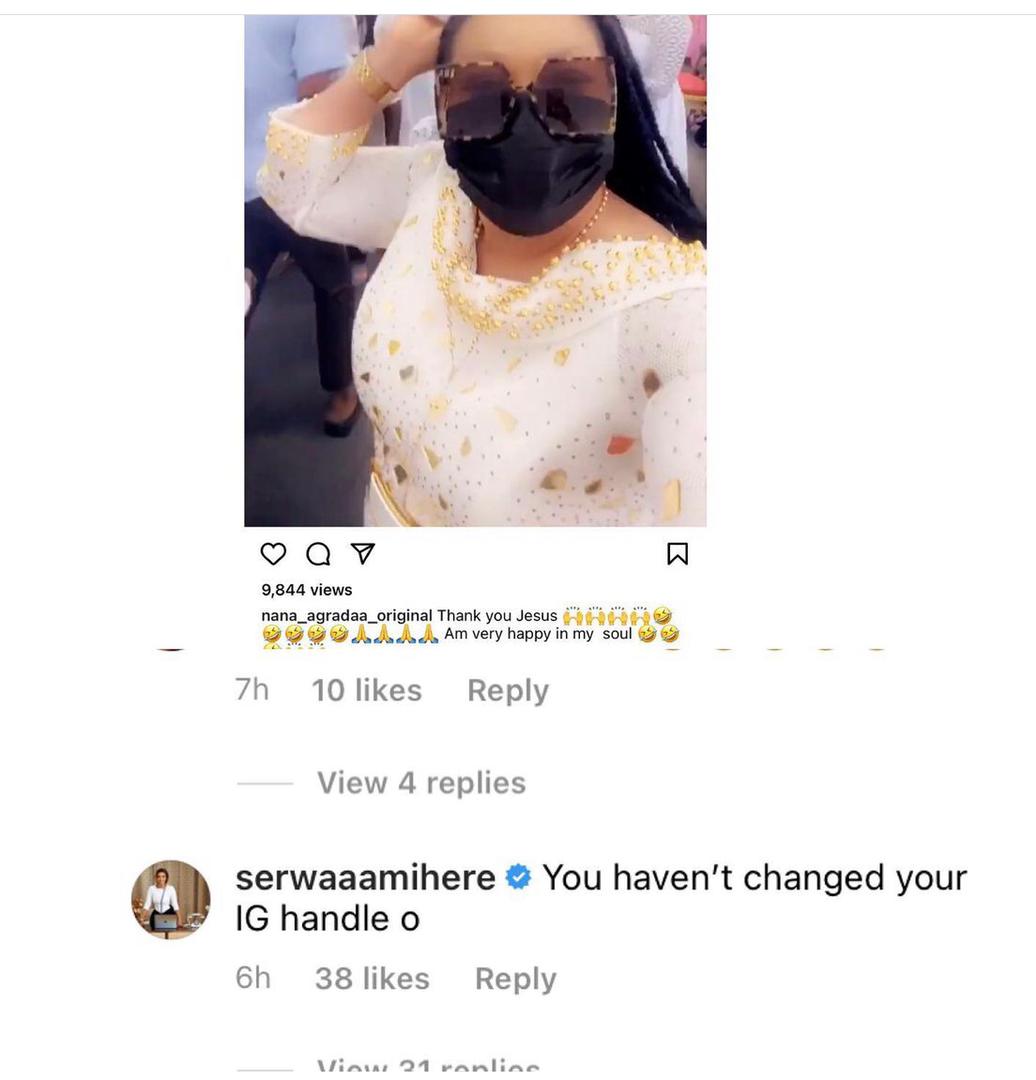 Read more: VIDEO: I prophesied to Agradaa that she’ll become an Evangelist 3yrs before selling my church to her &#8211; Apae Live