The leader of the catholic faith, Pope Francis has shown a gesture of humility to help bring peace to South Sudan.

The Pope knelt to kiss the feet of the President of South Sudan, Salva Kirr Mayardit.

Other leaders whose feet were kissed are Opposition Leader and former First Vice President, Riek Machar.

This happened when the leaders of both factions paid a visit to Vatican to hold talks over power issues in their country. 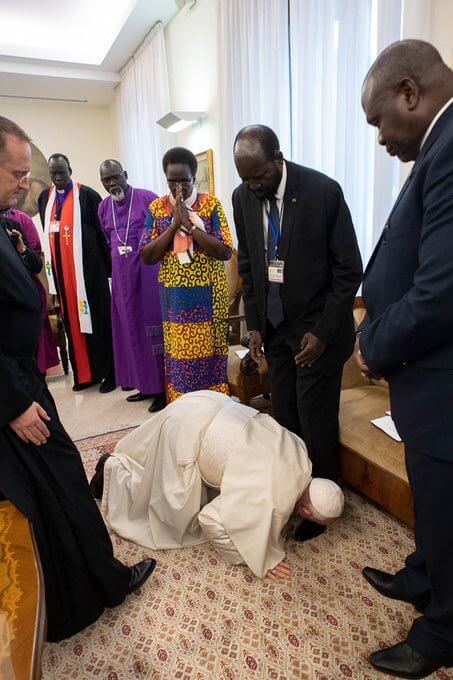 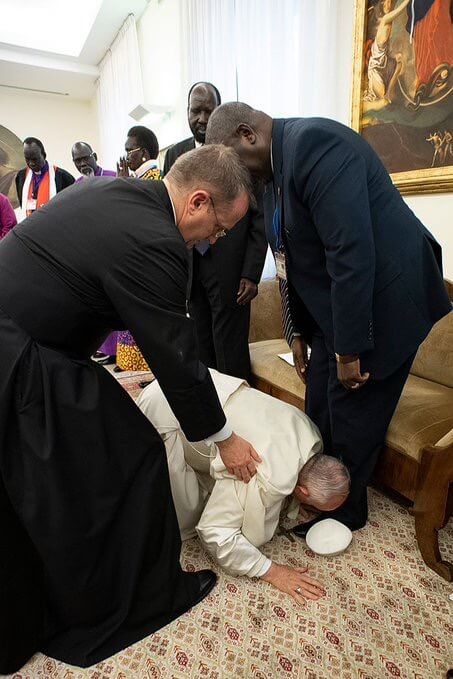 Pope Francis begged them to fully end the crisis and never return to war. 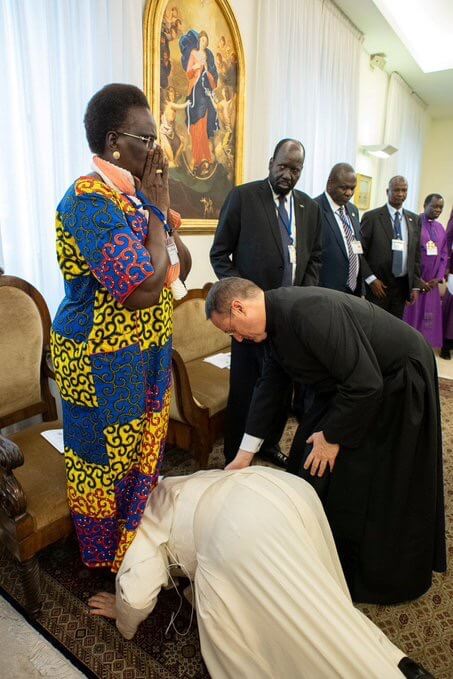 South Sudan, formerly part of Sudan gained it independence in 2011.

Read more: VIDEO: Brother Sammy miraculously finds 100 million in the boot of car given to him by Obofour