The former manager of legendary HipLife group VIP says politicians in Ghana like to invest their money in Ashawo media personalities instead of brainy people.

She made his remarks under a post by journalist Della Russel which was soliciting for money for a young lady who had gained admission to Ghana School of Law but is struggling to raise the GH¢9600 admission fee.

The plight of the young girl triggered the former Former Deputy Chief Executive Officer of the Ghana Tourism Development Company to aim at attack at politicians.

“These things make me fvcking angry because one corrupt politician can spend this money in a day! And people have to resort to begging. They’ll invest in Ashawo media personalities whilst brains go begging. I’m fvcking tired” – Akua Blakofe commented 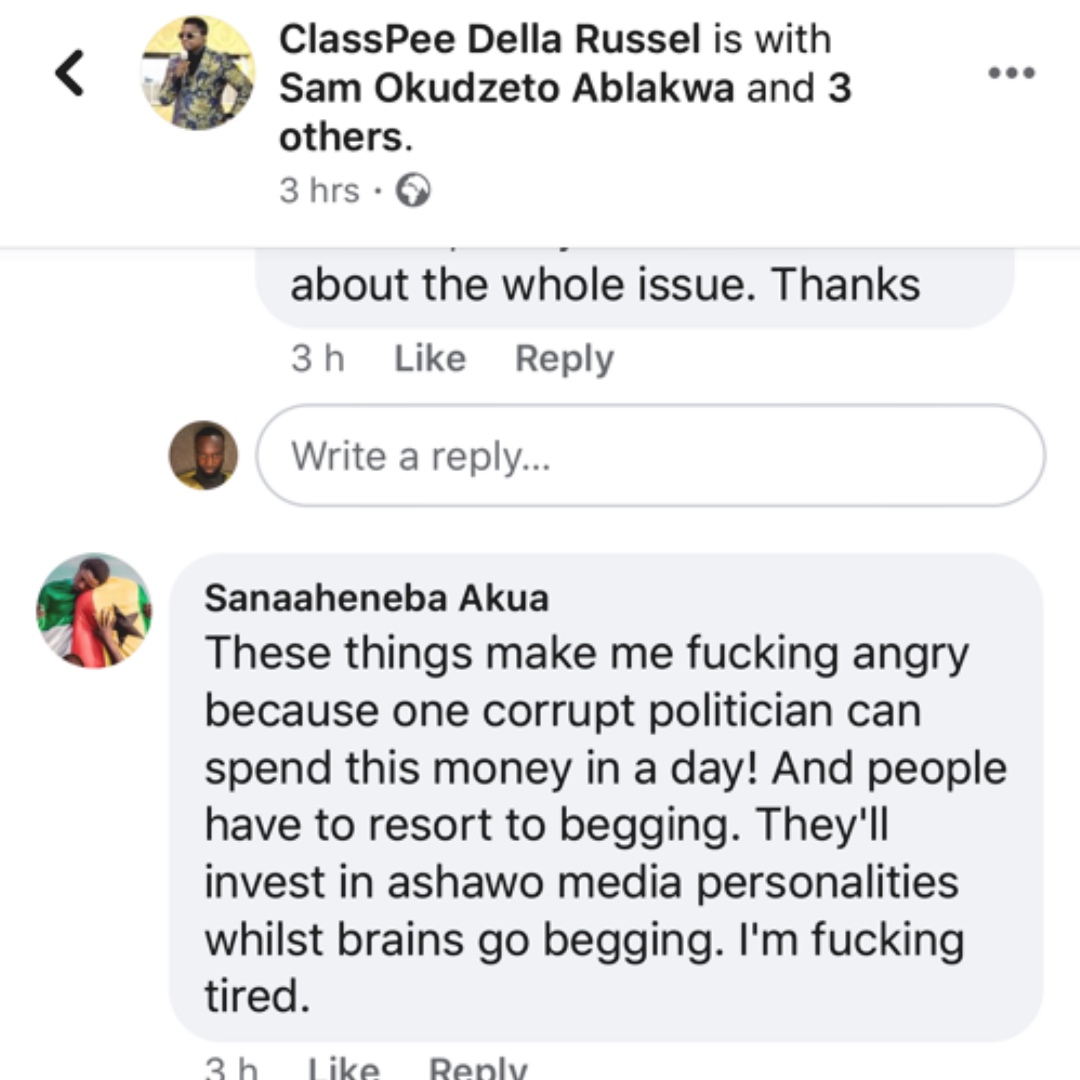 Thankfully the public have managed to raise the needed funds for the lady to pursue her dream of becoming a lawyer.