Stories of people being tricked by unsuspecting criminals to give out their monies and properties is on the rise.

A Student of University of Ghana has made public a scary episode of her life. The incident happened on Friday 27th September 2019.

According to the victim, she got out of campus to send money to someone via a bank deposit at the Commercial Bank at Legon First.

Read more: Photos: Guns &#038; bullets spread on the streets on Okponglo as car being chased by Police kïlls a hawker

She got out of the Taxi and as she walked towards other people crossing the road she lost her memory, forget everything and didn’t know what actually happened in the next hour and even the following day (Saturday).

On Sunday she did wake up to calls and messages from her family and the people she was to send the money to and the actual money missing. 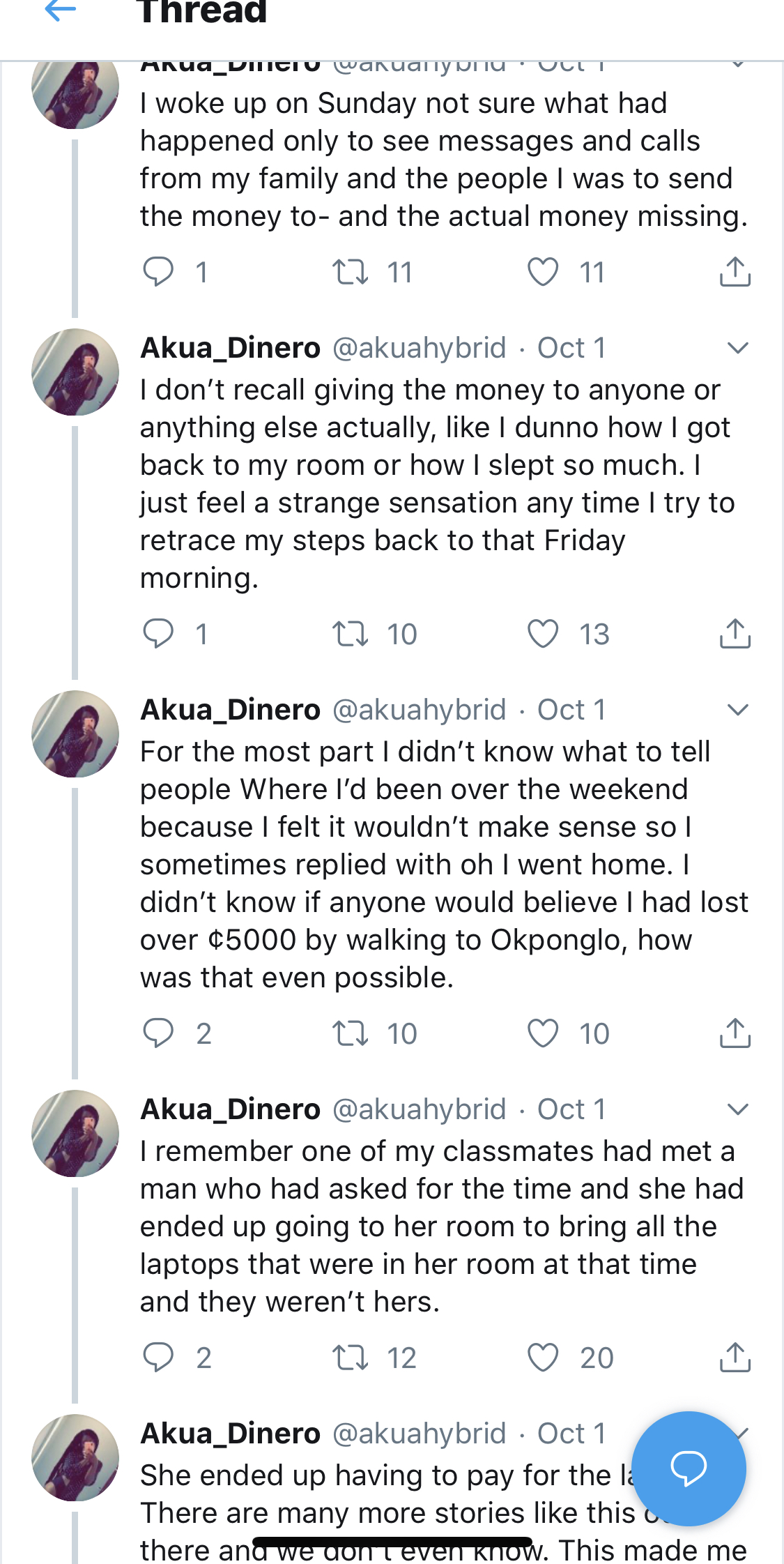 She kept the scary incident to herself as she didn’t know how to explain to people that she’s lost GH¢5,000 just by walking to Okponglo.

After sharing her sad episode on her Twitter handle, others who have been victims of similar issues shared theirs and that of family and friends.

Okponglo is a scary place…
A thread..

On Friday the 27th September, 2019 I made my way to Okponglo to send money to someone at the commercial bank at legon first.
I took a dropping taxi from my hall and got out from the little station above Okponglo.

From comments her post attracted, this thing is very common in and around the University of Ghana Campus.