Captain Smart of Angel Broadcasting Network has been suspended by his employers.

The firebrand radio broadcaster has allegedly been asked by his boss to take a break from radio.

According to him, he’s had a conversation with Captain Smart this morning and the radio broadcaster told him his boss asked him to take a break.

Apparently there is pressure on his boss from a high ranking government official to call Captain Smart to order over his excessive criticism of the government.

“Had a worrying conversation moments ago. Captain Smart’s boss has allegedly asked him to go off air for a while as a result of undue pressure that has been piled on him by ‘high ranking officials in government’. Captain Smart’s crime, allegedly, is that his usual critical commentary on national affairs, is making government unpopular. Really? I hope it is not some over zealous politicians who made those calls. Either way, it paints a gravely intolerant picture. #Fixitnow!” – Franklin Cudjoe 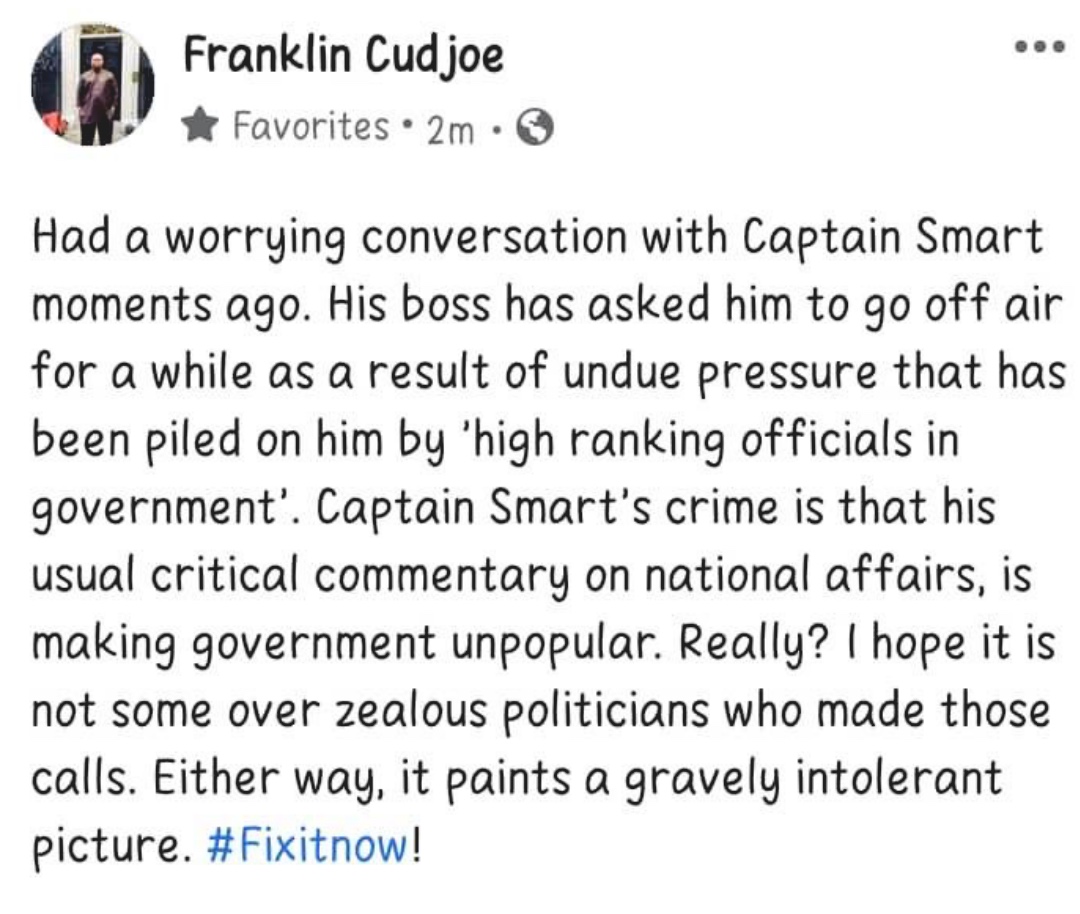