Their article about Hushpuppi reads; 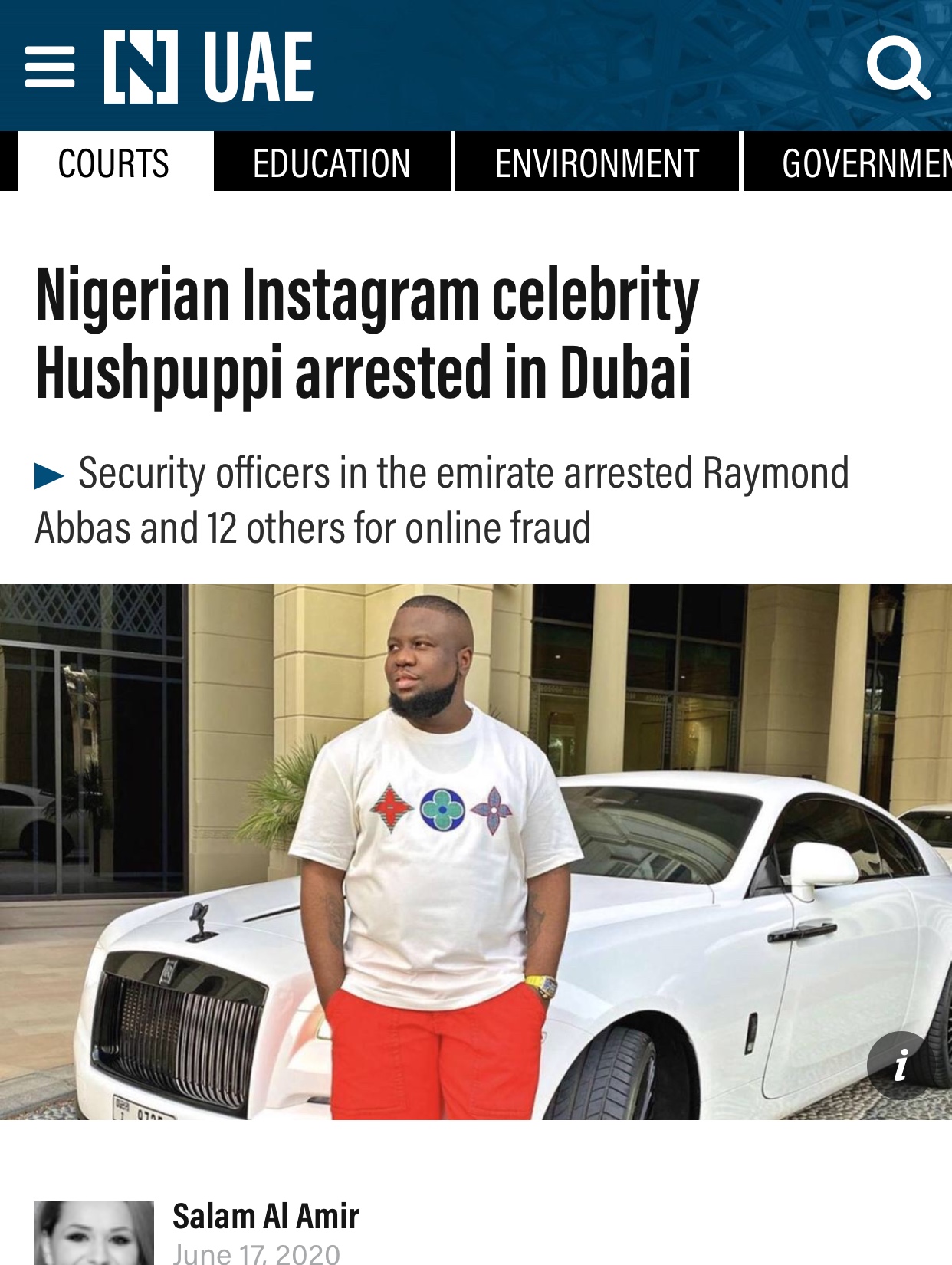 A famous Nigerian Instagram celebrity has been arrested in Dubai on multiple fraud charges.

Raymond Abbas, better known as Hushpuppi, was arrested by Dubai Police on June 10.

The 38-year-old was referred to the Dubai public prosecution and is currently being questioned by prosecutors at the Bur Dubai section.

The prosecutors have charged him for “obtaining money from others through fraudulent means.”

Security officers in the emirate arrested Mr Abbas and 12 others for online fraud that targets companies and individuals.

“They would send out letters from email addresses almost identical to those of legitimate companies, targeting customers of these companies, with the purpose of diverting payments to themselves,” said a senior prosecutor.

He is wanted for fraud crimes in Europe, the United States and Nigeria.

Mr Abbas has over two million followers on Instagram. He is known for his display of wealth on social media.

He often posts pictures with his luxury cars like Ferrari and Rolls Royce and a private jet”.