According to the Chat, Conversations shared by Nigerian journalist, Kemi Olunloyo, Davido’s sweetheart  Chioma has been sleeping around in London.

SEE ALSO:Davido Surprises Chioma in Grand Style as he spanks her a$$

While highlighting some of the fallout the singer has been involved in over time, Kemi Olunloyo shared the screenshots of the chat between the singer’s head of Corporate sponsorship, King Spesh and a friend over Chioma’s Affairs.

It’s clearly seen in the chat that the unknown man accused Chioma of “f**king” other men whenever she comes to London and singer, Peruzzi is also knows of this. King Spesh who was adamant stated clearly that it’s not his concern to know about Chioma’s cheating habits. 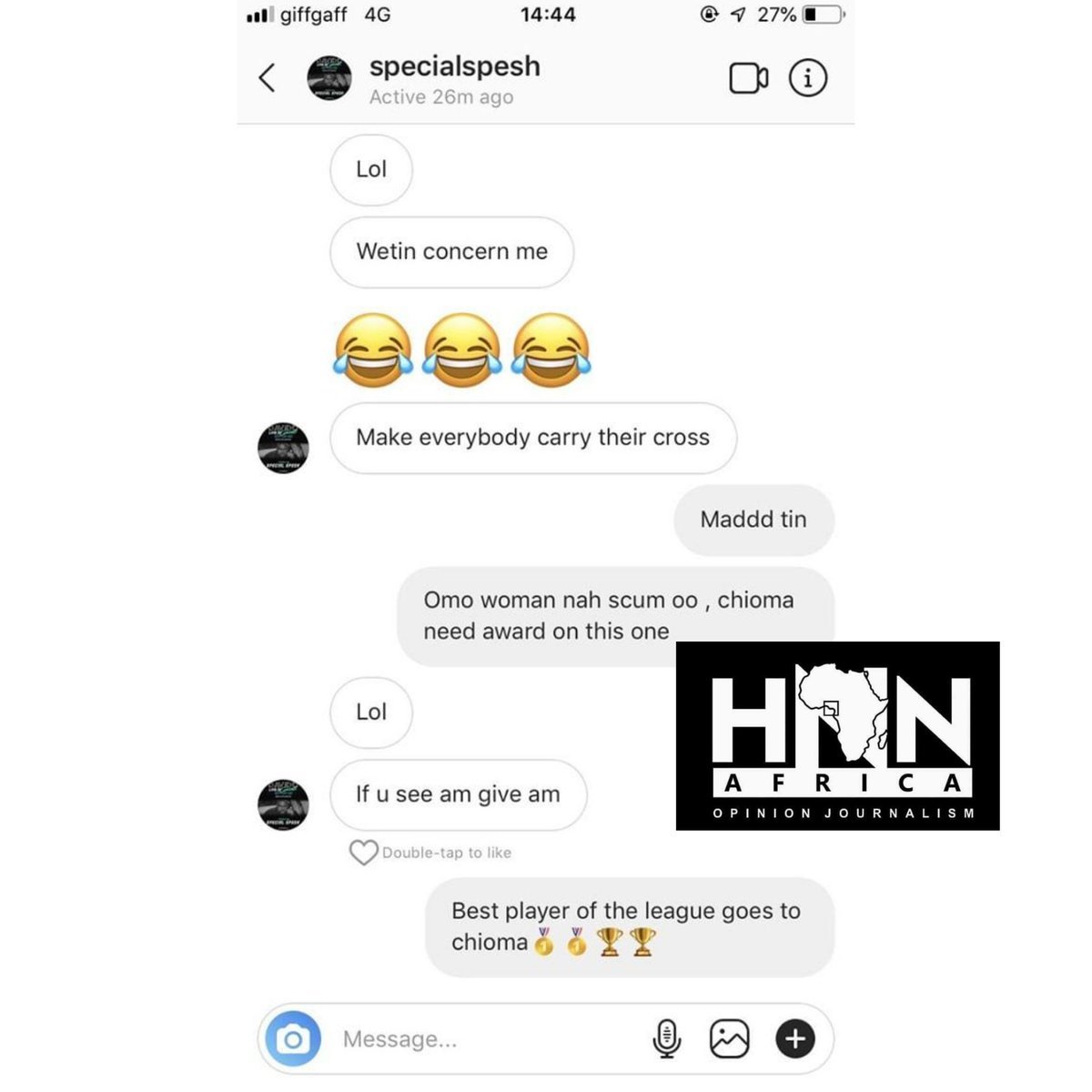 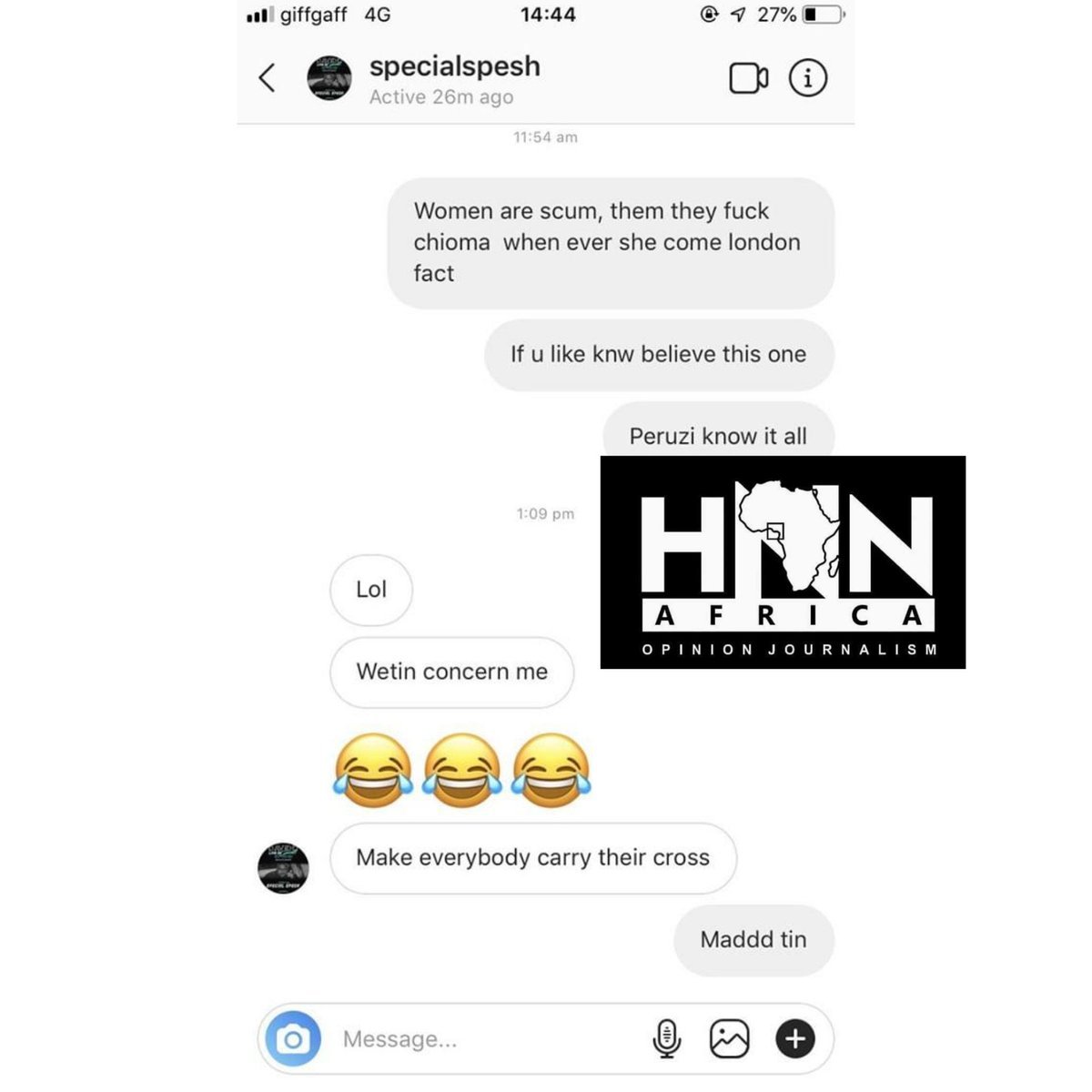 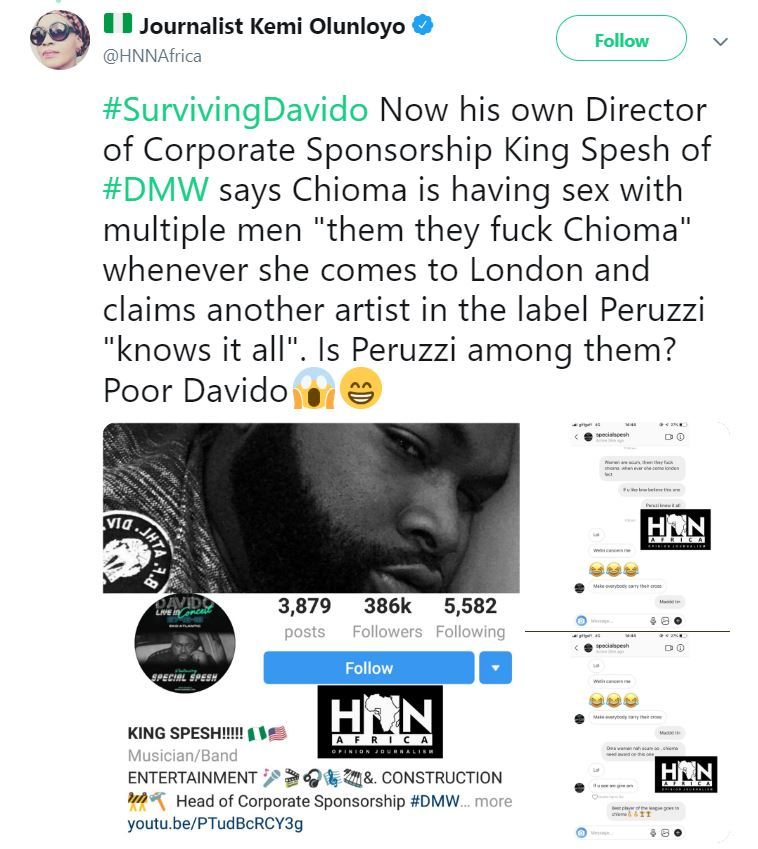 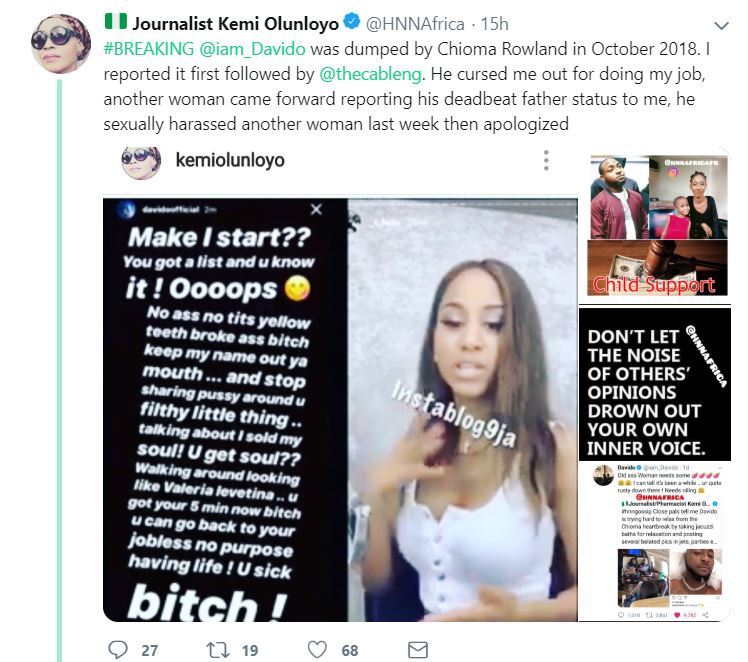 Candace is the Founding Editor of Ghsplash.com, she's a writer and an actress. Candace is currently pursuing Economics at Moscow State University, She Loves to Blog
Connect with her via email: Candace@ghsplash.com