Agradaa has finally returned home after over a month in police custody.

Evangelist Mama Pat Agradaa has finally returned home after over a month in police custody.

The head of Heaven Way Champion Church was arrested on Monday October 10, 2022 over accusations of money doubling scam.

Othee charges were added when she was in police custody but was later granted bail on October 24, 2020.

Despite the bail, Agradaa was still stuck in police custody because she was finding it difficult to meet the bail conditions. 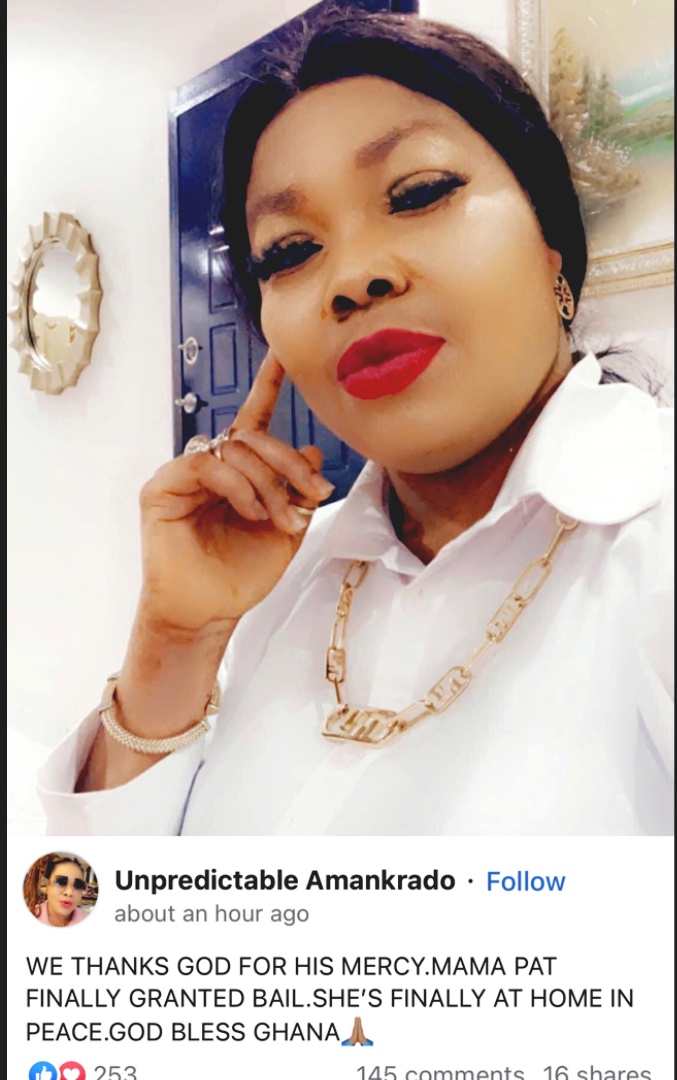